Kant, Kant's theory of the subject and its relation to Kant's ethical theory

Aesthetics: the German Tradition in aesthetics from Kant to Adorno; philosophy of film/film aesthetic

I am interested in how theories of the subject are related to ethical theories.

My first book, Hegel, Freud and Fanon; the Dialectic of Emancipation, on the Martiniquan social theorist and psychiatrist Frantz Fanon, is a reconstruction of Fanon's theory of the subject through the work of Hegel and Freud. I show how Fanon's view of the subject preserves many important insights of the enlightenment while steering clear of the sorts of racial prejudices which are endemic in European and American society.

I am currently working on a book in which I develop an account of Kant's ethical theory from the perspective of the theory of judgment as articulated in the first Critique. Taking Kant's theory of judgment as a starting point allows me to argue that, since for Kant judgment is always the representation of representation, moral judgment must be understood to be promted by our receptivity to feeling. This point of departure means that all duties are constructed in response to feeling. This also means that the categorical imperative is to be understood as the process or universalizing outwards, as it were, from a particular situation.

My second project concerns works out the ideal metapsychological type of voters who are attracted to different kinds of authoritarian rule. I argue that what makes authoriarian rules (populists and others) attractive to such voters is that these leaders break with traditional representationalist politics in favor of seeming to give voters immediate access to power through identification with the ruler.

In addition, I am working on several articles on Hegel, both his aesthetics and the Phenomenology of Spirt. I am also writing about Stanley Cavell.

Courses I’ve taught at UK or expect to be teaching in the coming years:

Rawls and his Critics

Idealism and Realism: from Kant to McDowell

Kant and Hegel on ethics and social theory

·        “The Place of the Unconscious in Systematic Critiques of Prejudice: Lessons from McKinnon and Critical Race Theory”, Philosophical Forum (2020): 377-98.

·       “Fanon, Freud and Hegel; The Psychological Origins of Colonial Oppression”. in Psychoanalysis of Culture and Society. (2016)

·       “Taking People as People; Kant, Judgments of Beauty and Judgments of Morality”. Proceedings of the European Society for Aesthetics. 5. (2013)

·       “Some Normative Implications of Korsgaard’s Theory of the Intersubjectivity of Reason”. Metaphilosophy. 42.4 (2011). 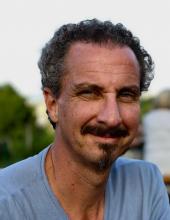