My primary research project concerns the philosophy of nanoscience. Nanoscience is part chemistry, part physics, and part materials science. It has grown up around the development of practical technologies aimed at solving extra-scientific problems, including medical imaging and the energy crisis. To solve these problems, nanoscientists are synthesizing new materials with never-before-seen properties, and they are using scientific models and theories in new ways to figure out how to manipulate and control these properties in new machines, devices, and medical therapies. As a philosopher of nanoscience, I examine the theories, models, reasoning strategies, and other conceptual tools that nanoscientists use to accomplish their goals, and I study how these conceptual tools can in turn reveal new information about the character of scientific knowledge. This project connects with four main issues in general philosophy of science: modeling, explanation, classification, and inter-theory relations.

I am also beginning a new project on the role of agricultural science in informing scientific epistemology. This project employs similar methodology to my work in nanoscience. Like the nanoscience project, it also investigates a set of scientific practices that has been largely overlooked in philosophy of science, and which is driven by heavily "applied" aims. In future work, I hope to use my findings from both nanoscience and agricultural science to establish a philosophy of applied science.

I teach a variety of courses about the relationships between science and society, as well as philosophy of science, logic, health care ethics, analytic philosophy, and introduction to philosophy.

In Spring 2021, I will be teaching PHI 100: Introduction to Philosophy–Problems of Knowledge and Reality, and PHI560: Philosophy of Science.

I coordinate the Mid-South Philosophy of Science Network, which connects scholars working in the philosophy of science and adjacent fields who are living and working in the mid-south region of the United States, broadly conceived. Our goal is to make cutting-edge research in philosophy of science more accessible to this part of the country by hosting workshops and conferences, as well as by sharing information about visitors to our campuses and exchanging speakers with each other.

The MSPS listserv aims to advertise philosophy of science events happening across Kentucky, Tennessee, North Carolina, southern Ohio and Indiana, and other nearby areas. To join, click here!

To advertise an event or opportunity, send your message to mspsn@googlegroups.com.

Here are links to a few of my favorite pieces. Please see my personal website, my Google Scholar profile, or my PhilPapers Profile for a more complete archive of my publications.

Forth. The Function of Boundary Conditions in the Physical Sciences. Philosophy of Science.

2020. Lab Report: Lessons from a Multi-Year Collaboration between Nanoscience and Philosophy of Science. In E. Brister and R. Frodeman, eds. A Guide to Field Philosophy: Case Studies and Practical Strategies. Routledge.

2019. (Edited by J.R.S. Bursten) Perspectives on Classification in Synthetic Sciences: Unnatural Kinds. Routledge, Studies in the History and Philosophy of Technoscience.

2018. Conceptual Strategies and Inter-Theory Relations: The Case of Nanoscale Cracks. Studies in the History and Philosophy of Modern Physics.

2016. Smaller than a Breadbox: Scale and Natural Kinds. British Journal for the Philosophy of Science.

2014. Microstructure without Essentialism: A New Perspective on Chemical Classification. Philosophy of Science. 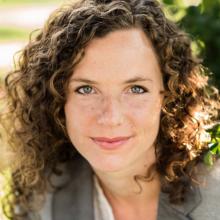